BEST4HY H2020 project: stock of the situation after one year

BEST4HY H2020 project: stock of the situation after one year

Promising results for the BEST4Hy EUH2020 project, after about a year from its launch. The well-established Consortium continues with its activities and its research on the development and validation of existing and novel recycling processes for both PEM (proton exchange membrane) and SOC (solid oxide cells) fuel cells, with widening approval also from some organisations that joined the final BEST4Hy Advisory Board this summer.

More in detail, the activities on the validation of existing and novel technologies for PEMs recycling led by Hensel Recycling have progressed with the optimisation of PEM dismantling through 5 different mechanical trials. The ideal disassembling procedure has been successfully individuated and proved satisfactory results. Similarly, a hydrometallurgical treatment has been performed by IDO-Lab for the Pt recovery from the PEM FC provided by EKPO. Good progress also on the ionomer extraction with alcohol dissolution, where a BEST4Hy advisor have been involved.

On the novel MEA dismantling technologies side, CEA has achieved promising results from its experiments on gas-phase process with reusable solvent crossing the GDL (Gas Diffusion layer) at high pressure to reach the membrane. Results reveal is possible to use both liquid and vapour phases, but the best efficiency until now is reached by liquid-phase ethanol solution. Moreover, CEA presents its new activity task on electro leaching and electrodeposition to recover metallic Pt, based on a patent process proposed by CEA Institute itself. This enables the recovery of Pt without the use of organic solvents nor acids; the process is free from toxic gas emissions and very convenient as it operates in only one step.
CEA is also testing different types of catalyst (Pt/C) synthesis based on the Pt salts synthetized from aged MEA. Based on the result of Pt salt and catalyst characterization made at CEA, it will be able to select the catalyst synthesis to be up-scaled in the next months to manufacture MEA at EKPO design.

Concerning the selection of existing technologies for the recovery of SOCs, POLITO has concluded its first activity of lab optimization process for the recovery of Ni from Ni-YSZ composite from both scraps and EoL cells, promptly provided by Elcogen. Specifically, 5 steps have been identified and optimized for EoL cells: cathode detachment, milling of anode components and extraction of Ni-YSZ powder and following hydrothermal treatment together with the Ni selective extraction through HNO3 aqueous solution performed in a batch. In preparation for the next step of design and pilot plant construction, the characterization and quality tests on YSZ powder recovered by the lab-scale recycling process, as well a preliminary definition of the EoL cells and scraps to process is ongoing considering the final BEST4Hy goal of – at least – 30% by weight of recycled materials (YSZ) for new cell manufacturing.

With the progress of the research activities just mentioned, the Inventory tables for the LCA and LCC analysis are under completion by University of Ljubljana. Until now, analysis and starting LCA manufacturing model for both type of fuel cells, as well as inventories of existing EoL technologies for target critical raw materials, are moving forward. Next steps foreseen are to calculate the environmental profile of the novel EoL technologies. Moreover, a dedicated LCA/LCC workshop is planned for June in collaboration with the Clean Hydrogen Partnership, JRC and other synergy project such as eGHOST and SH2E.

At this point of the project, a new relevant activity is starting on regulatory aspects, standardisation and strategic analysis for the upscale of recycling and dismantling of FCH technologies. RINA and ENVIPARK, involved in these topics, present the first step on the EU/Extra-EU regulatory assessment related to how to treat end-of-life rare and not-rare materials starting from the Hytechcycling project’s results, whereby BEST4Hy has collaboration.

Finally, ENVIPARK gives the overview of the Communication and Dissemination Plan defined in the past months and highlights some interesting project activities that have given visibility to BEST4Hy, such as the award as “Best Success Story” at the European Hydrogen Week 2021 and the first project workshop dedicated to the Italian stakeholders organised in February. Important dissemination activities planned for the coming year are the participation to relevant international conferences, scientific papers production and the realisation of the official BEST4Hy newsletter to maintain updated the followers with project results, workshop and opportunities engagement for different stakeholders. 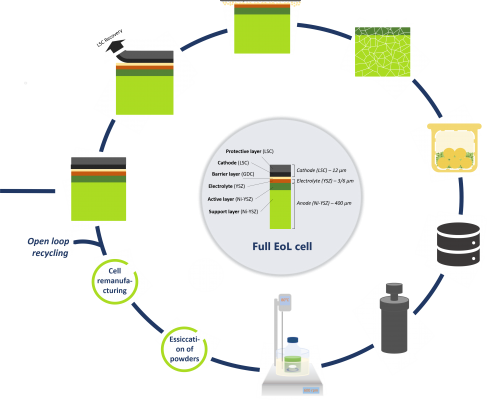 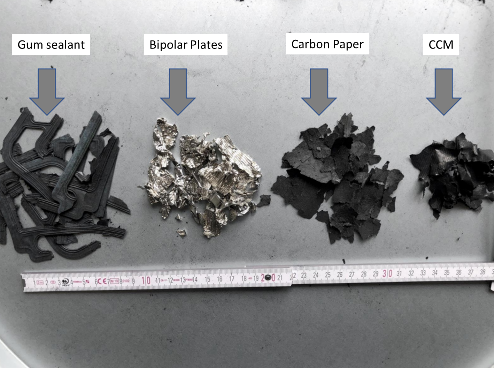 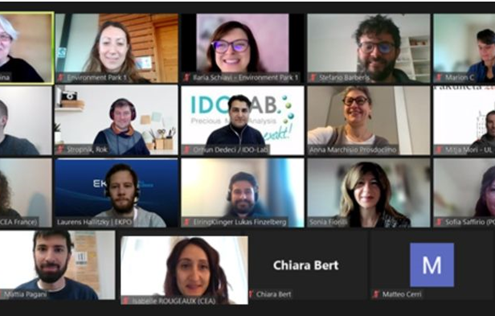